A video trailer for Three-Martini Afternoons at The Ritz: The Rebellion of Sylvia Plath and Anne Sexton can be viewed here via Gallery Books:

A short reading from the Introduction to Three-Martini Afternoons at The Ritz: The Rebellion of Sylvia Plath and Anne Sexton

January 2021 Early praise for Three-Martini Afternoons at The Ritz

“A beautifully written book that investigates the rebel poets Plath and Sexton. Gail Crowther tells the story with tenderness, warmth and wit. I was laughing on one page, wanting to weep on another. I can’t imagine a better book will be written on the subject. Absolutely fascinating.”
—Andrew Wilson, author of Beautiful Shadow: A Life of Patricia Highsmith and Mad Girl’s Love Song: Sylvia Plath and Life Before Ted

“Compelling and extremely informative dual biography… a thrilling read… Offering a powerful and disturbing look into the forces that drive us to creativity and to our own destruction… this book leaves readers hungering for more of what these two literary comets burned with: the power of a little poetry. Deliriously fast-paced and erudite, this is highly recommended.”
—Library Journal (starred review)

“Gail Crowther’s eloquent biography of Sylvia Plath and Anne Sexton strikes to the very heart of both women. While feminist in its bent, it is not limited to that approach and rings true to every aspect of the lives of these fascinating poets.”
—Linda Gray Sexton, author of Searching For Mercy Street: My Journey Back to My Mother, Anne Sexton and Half In Love: Surviving the Legacy of Suicide

“[A] solid study that illuminates two ‘hugely ambitious women in a cultural moment that did not know how to deal with ambitious women’… Excellent research… this insightful account is a slick addition to the body of work on these two influential poets.”
—Publishers Weekly 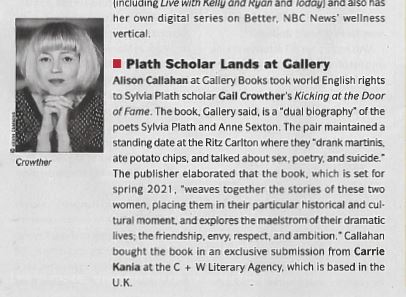 21 April 2018 An interview for Who Bought Sylvia Plath’s Stuff? in The New York Times

8 March 2018 An interview for Sylvia Plath: A post-war poet unafraid to confront her own despair in the ‘Overlooked series’, The New York Times 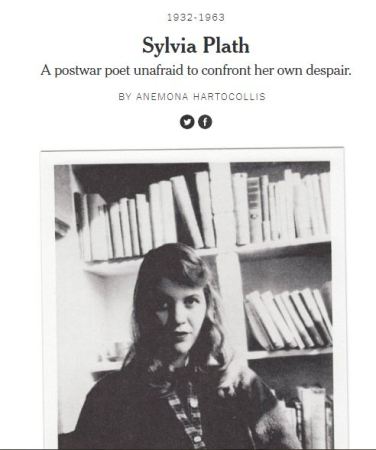 6 August 2017 An interview ‘The Mystery of Sylvia Plath’s Lost Novel’ in Lost Masterpieces, The Daily Beast 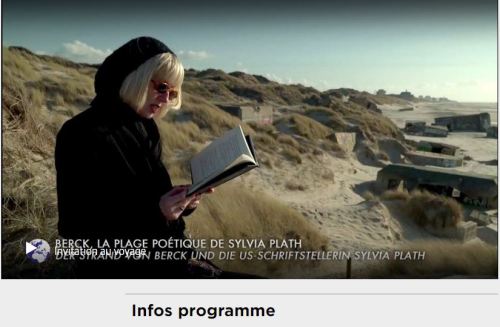 7 June 2017 An interview in Brazilian newspaper Folha De S.Paulo about finding two lost Plath poems and the release of These Ghostly Archives. 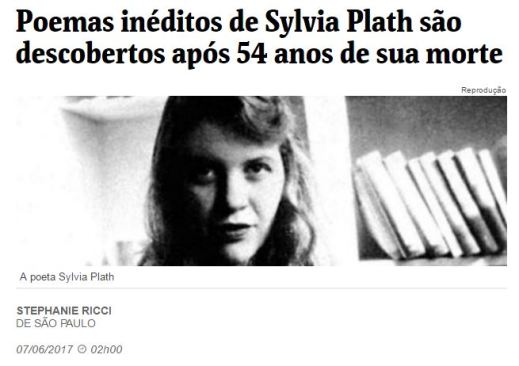 25 May 2017 A radio interview with Samira Ahmed for Front Row on BBC Radio 4 exploring how Photoshop and social media helped to explore two lost Plath poems. 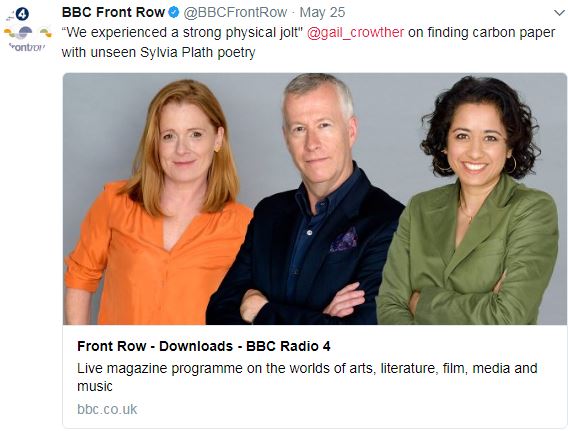 25 May 2017 A radio interview for Newshour on the BBC World Service exploring the content of two lost Plath poems and what they can tell us about Plath’s early development as a writer.

‘Hidden Plath poems deciphered after 50 years’ an article by Danuta Kean in The Guardian (25 May 2017, page 9) exploring the discovery of lost Plath poems and unseen photographs by Peter K. Steinberg and myself. 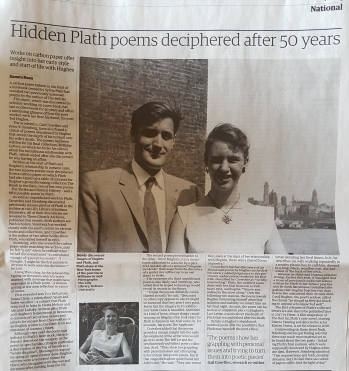 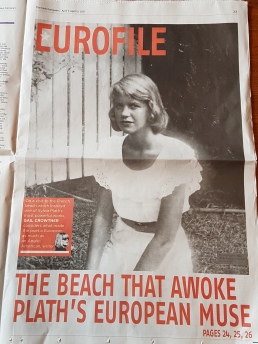 24 February 2017 Filming on Berck Plage in Northern France for an ARTE television documentary about Sylvia Plath’s connections with France. Photos 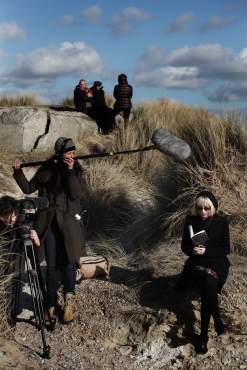 22 August 2016 My Muse: Kathryn Williams on Sylvia Plath BBC Radio 4 interview with the musician Kathryn Williams talking about how Plath influences people and ways in which readers become attached to her.

6 June 2015 ‘Sylvia Plath: shining a light on poetic genius’ Felicity Plunkett The Australian: A review of Sylvia Plath in Devon: A Year’s Turning

6 April 2015 Blackburn university students get insight from top academic researcher The Lancashire Telegraph: A review of a talk given about my first book Sylvia Plath in Devon: A Year’s Turning co-written with Elizabeth Sigmund.