Yesterday during the Sylvia Plath Zoomposium, Dr Maeve O’Brien gave a powerful talk about Sylvia Plath and the White Literary Imagination. For the rest of the evening I was thinking about some of the points she raised – Plath’s entirely white reading history, her entirely white teaching notes, her problematic use of certain racial tropes in her work. And I was thinking about this while watching the horrors unfolding in America at the brutality inflicted on protesters expressing their anger and despair in response to the police murder of George Floyd.

I suspect that Plath’s readership is not exclusively, but predominantly, white; Plath scholarship is certainly so. Since I first read Plath, I felt uncomfortable with some of her language and representations (see the poem ‘Ariel’, see The Bell Jar). And while Plath was not what we might call a conscious racist, her white progressive liberal background left her open to the comforts of whiteness, where racism can seed itself unconsciously, safely cushioned by social privilege. That Plath could use the ‘n’ word in a poem shows that she did not engage with the history or power of language in this instance, or consider the impact of perpetuating it. This is where the argument ‘Oh but it was different back then’ comes in, ‘It was ok to use language like that back then.’ Except of course it wasn’t. It has never been ok to use language like this. Perhaps what this argument really means is that when people did use language like this back then there was less chance of them being called out for it. Social acceptance is not the same as something being morally acceptable.

Am I being too hard on Plath? No, I don’t think so. It is precisely because we love her so that we should call her out on this. And if it makes for uncomfortable conversations, that’s because it should be uncomfortable. White privilege bestows this comfort, but not of course, to everybody. And if Plath, who regarded herself as liberal, who would have been appalled to think she was being racist, used racist language and tropes, then those of us who also inhabit that comfortable space of whiteness need to think about where we are situated in it and what we do about it.

Like Plath, I too would be appalled to think that I displayed any racist tendencies. As a white, working class, northern woman, I am aware of a lack of social mobility, that life is not a level playing field, that oppression takes many subtle and even invisible forms. But there were moments, particularly when I began studying for my degree in Women’s Studies, where this self-mythologising was blasted apart by conversations with some of my black feminist colleagues. I realised that I was using my position as a white feminist to think that I understood all forms of oppression, when clearly I had no idea about the ways in which social characteristics intersect to create a poisonous mix of power, privilege, and subjection. I realised that I did not think of my whiteness as a ‘racial category’, that I ‘othered’ certain groups, that I used language in a way that displayed this ignorance, and that even my thought processes and discourse allowed me to sink back into the comforts of whiteness. It was a horrible moment of realisation. But, I was lucky to be surrounded by amazing women who made it clear that white privilege, once seen, becomes the responsibility of the person taking comfort in it, to dismantle it. I realised very early on that it was my responsibility to address this, to educate myself, and to somehow try to stop using white privilege to make myself feel better at the expense of others. I also knew from my own experience that groups who are oppressed need to preserve and save their energy for getting through the struggle of day-to-day life as well as bigger struggles, so why should they also take on educating their oppressors too? If an oppressor truly wants to change, then they need to deal with it themselves; listen, learn, and educate.

I began reading voraciously – lots of fiction and memoirs, as well as feminist accounts, from black women’s voices and the Indian Women’s Movement. 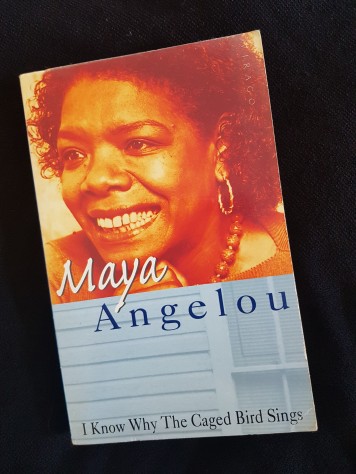 I explored the idea that equality does not equal sameness, and I tried to unpick where and how I fell back into the comforts of whiteness. This involved reading about whiteness itself, making visible what had been constructed as invisible and ‘normal’. This is an ongoing process. I catch myself out all of the time, appalling though it is. But if white people, truly want to be allies, to politically and emotionally support anti-racist movements then these are the actions that need to be tackled first of all. Encountering racist language in the writer that you love is devastating – is that why so many shy away from it?  But why leave all the work to be done by BAME readers and scholars of Plath? It’s an odd parallel to draw, but last year in the UK when Murdoch’s ‘newspapers’ engaged in an onslaught of racist coverage of the Man City footballer Raheem Sterling, he finally spoke out, eloquently and movingly about what this did to him. Some of the responses were well meaning, with white people tweeting “You go Raheem. Lead the way and we will follow.” Except of course, why should he? Raheem Sterling is not the problem. Why should he do the emotional labour to expose the racism at the heart of his media representation?

I keep returning to a passage in Audre Lorde’s Zami: A New Selling of My Name. She describes the clinical, bland whiteness of an ice cream parlour and a visit to Washington, D.C. 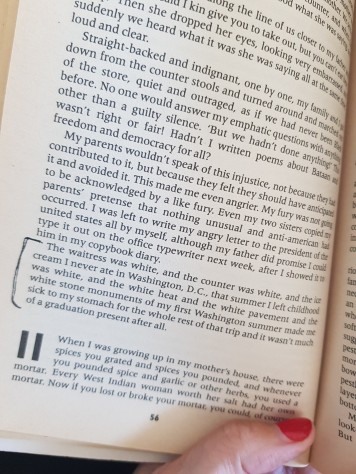 I think about how whiteness covers things up, things that should never be covered up. As a white woman it is all too easy to think that Plath’s problematic use of language and imagery is not something that I should tackle. On a much bigger scale of life and death, it is all too easy to see protests taking place in major cities around the world, sparked by the murder of George Floyd, and think it is not something that I can do anything about. This privilege of silence and absolving of responsibility is the comfort of whiteness. It needs challenging and dismantling, for if not now, when?